Michael Harding's Staring at Lakes, a memoir of love, melancholy and magical thinking 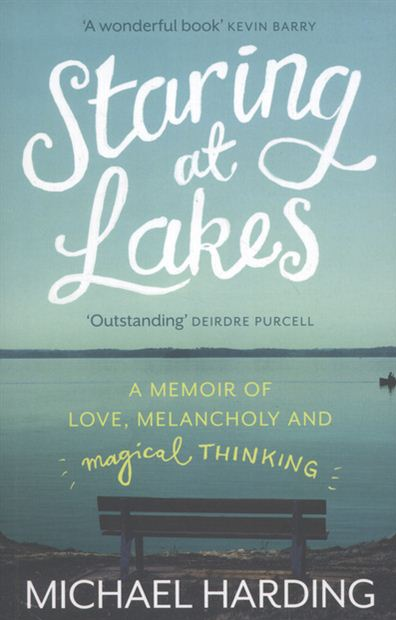 "The word 'depression' makes me think of bewildered strangers in far-off wheelchairs or feeble old men staring at the wall in nursing homes or lying in bed with the curtains closed. People twitching on buses or swatting imaginary flies. I saw depressed people consuming antidepressants like Smarties throughout their meaningless days, as they walked the roads around the town in slow motion numb to joy or the loveliness of trees. I knew many people who walked in slow motion about the town but I never stopped to say hello. They had already moved beyond this world. They were separated from ordinary life as if by a wall of glass. As far as I was concerned they were the walking dead. And like the remoteness of old age to a young man, their condition didn't seem to have any relevance to me." (85-86)

"The truth was that I was still in the grip of magical thinking ... that the universe was revolving around me, and the gods were intervening in a multitude of quirky ways to help me along the road of life. ... I also supposed that my love and I were conjoined with the blessing of some invisible being. Our lives were being entwined with a grace that almost proved the existence of a benign deity hidden behind the stars.
.... If there was a god or Buddha, or some divine creature behind the veil of the cosmos, he didn't seem to have much interest in the wretched poor on the streets around us, but it felt like he was holding me in the palm of his hand." (118-119)