Dineen on Jarrett and the journey of music 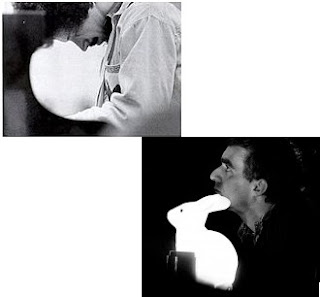 Back in 1998, when time was not such a commodity, Donal Dineen was kind enough to set a considerable chunk of it aside to respond to a request from me to write an essay about his sense of the importance of music in life. It was for a book project I had concocted to deal with my own curiousity about the place of music in people's lives. Lilliput Press agreed to publish a collection of essays by public figures about 'serious' music, and Donal agreed to write something for the paltry sum of £50.

It was a two part essay, part one written on 1 January 1998 and dealing mostly with Dineen's desire to play music and coming to terms with being a listener: 'I had conquered the first verse of the Dawning of the Day when the realisation dawned that the intricacies of Rachmaninov's third were not for me'; part two was written on 24 March 1998, mostly about Keith Jarrett's Concert in Köln: 'Welcome to paradise!' he writes.

Sadly Lilliput got lilly livered about the market for such a book and breached the contract (my Today FM!), and I failed to find an alternative publisher despite much effort. So Dineen's essay, among thirty or so other contributions from equally generous and forgiving people such as William Trevor, David Norris, John Kinsella, Roger Doyle, have remained in a folder (a brown, card one in the attic) ever since.

Without having sought his permission, I won't reprint the entire essay (though I think it has withstood the test of time itself), but I hope, considering the moment he is in, he won't mind having this extract revived:


'Music has the power to leave an indelible mark on the soul. We can blame the 20th Century technology for lots of ills but we've got it to thank for the pleasure of being able to go back and experience those moments of magic again and again. The concert in Cologne began as just a moment in time. What Keith Jarrett played and how he played it was what made that moment special. The intervening years have done nothing to alter or diminish the power of what was heard that evening. Thinking about the places and spaces this music has travelled in the intervening years would be a test for even the wildest sense of wonder. [I'm thinking about Dineen himself, at this stage.]

Essays come and essays go, in first and second parts, but this music will live forever. We can bear witness to where it started whenever we want but knowing where it will end is beyond us. As pure as water that rises from the well, this is the joy of music captured at the source. Sample it, bottle it and make it yours.'